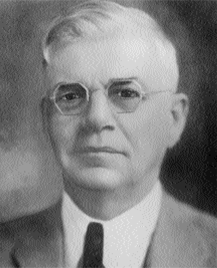 W.A. Rutledge had planned on making a career in farming until he was enlisted by a neighbor to serve as a director of the Sac Farmers Mutual Insurance Association in 1891. One year later, he was elected secretary, launching a lifetime of innovation and service to the insurance industry that resulted in the formation of the largest mutual hail insurance company in the United States, Farmers Mutual Hail Insurance Company of Iowa, in 1893. Mr. Rutledge also served as president of the Brotherhood of American Yeomen and is credited with playing a key role in the establishment of the National Association of Co-Operative Mutual Insurance Companies in 1895, now known as the National Association of Mutual Insurance Companies, serving as the association’s first secretary.