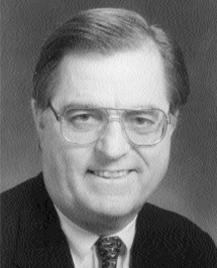 Roger K. Brooks joined Central Life Assurance Company shortly after graduating magna cum laude from the University of Iowa in 1959. He became an officer of the company in 1968, and at the age of 34 was promoted to president and chief executive officer, making Mr. Brooks one of the youngest life insurance chief executives in the nation. He is credited with negotiating the 1994 merger of Central Life and American Mutual Life Insurance Company and becoming chief executive officer of the combined company which eventually was renamed AmerUs Life. Under his guidance in 1996, American Mutual Life became the first mutual insurance company in the nation to reorganize as a stock insurance company owned by a mutual holding company.