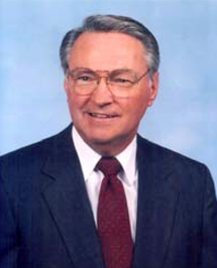 From 1969 to 1984, Mr. Paul A. Siedenburg served as vice president of marketing for the Farm Bureau Insurance Companies in Iowa, Minnesota and Nebraska, with responsibility for all sales and marketing activities for Farm Bureau Life Insurance Company, Farm Bureau Mutual Insurance Company and their mutual fund company. Paul was also responsible for recruiting, training, supervising and growing a marketing organization of 400 part-time agents in 1970 to over 800 full-time agents in 1984. Under Mr. Siedenburg’s direction, Farm Bureau Life Insurance Company’s new life business premium income increased from $2.8 million to $19.4 million, and Farm Bureau Mutual Insurance Company’s new casualty business premium increased from $2.3 million to $13.9 million. He was instrumental in developing a seven-part career agent school series, an estate planning school and an NASD licensing preparation school. He originated, developed and implemented a management academy and agency management institute. He actively participated on Farm Bureau’s corporate planning committee, which focused on achieving Farm Bureau goals and objectives.

Colleagues find that Paul excelled in all aspects of his career: “No task was ever too difficult for Paul. He was a tremendous manager of people, and his ability to both recognize and solve all types of insurance problems as they occurred was unparalleled….”; “Paul’s career was all about people – those with business and family insurance needs to be served – and the growth and development of qualified, professional agents to serve their needs. Developing an effective agency force capable of achieving significant sales goals and objectives was not just a job with Paul; it was always a top-priority quest…”; “He was a truly great leader in the total insurance industry.”