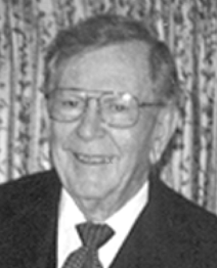 Paul graduated from the University of Iowa Law School in 1941. After working for the Travelers Insurance company for one year, he served his country during World War II. This service included participating in three major assault landings in North Africa, Sicily and Italy as a combat engineer, and a final year as legal and claims officer in Los Angeles under General Groves and the atomic bomb project. After returning to civilian life, he served four years as Boone County attorney. In 1948, the Iowa Junior Chamber of Commerce named him the Outstanding Young Man in Iowa.

In 1952, Paul joined the legal department of the Bankers Life Company and served for 28 years. During the last six years of his career at Bankers Life Company and for an additional five years after retirement, Paul served the Iowa Life Insurance Association as president. Under his direction, membership in the association expanded from five life companies to all but one of the then 22 domestic Iowa life and health companies.

As the association president, he successfully followed state legislative and regulatory actions to make certain they were reasonable and the insurance industry could comply. He still remains active as an insurance attorney and lobbyist. Nationally, Paul has worked with Senator Jack Miller to establish an appeal process to the Nixon Prince Control regulations pertaining to health insurance; with Congressman Neal Smith in resisting the Federal Trade Commission’s effort to regulate the marketing of insurance; and with Senator Charles Grassley in changes in the federal income tax of life insurance companies. Paul was also active with the insurance trade associations, improving NAIC company examinations and tax matters, and conceived the idea of an insurance exhibit to be displayed in the Iowa State Historical Building.