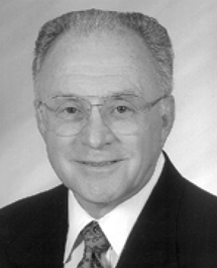 Loren received his B.A. from Parsons College in Fairfield, IA in 1961. Loren has held the position of chairman, president or director for 14 insurance companies or insurance groups throughout the United States. These companies include Continental Western Insurance Company and its affiliates; Northwestern National Insurance Company and its affiliates; and Hawkeye-Security Insurance Company and its affiliates. Loren has held leadership positions in many community organizations during his distinguished career in the insurance industry. The committees he has served on include: advisory council – Business School for the University of Wisconsin (1982- 1986), trustee for the Iowa Insurance Education Foundation (1994-2000), The Solvency Task Force for the Iowa Insurance Department, and several committees of the Independent Agents of America as a company representative. Loren has also served two terms as president of the Iowa Insurance Institute.

Having participated and retained his position in five sales and mergers, Loren has become known nationally for his expertise in this area. He has been able to work with regulators to rehabilitate several insurance companies which where financially distressed. Loren has been appointed to the solvency taskforce by the Iowa Insurance Division, the Project 2000 planning commission for the Iowa State Bar Association, the commission on planning for the 21st Century for the Iowa Supreme Court and the Insurance Development Board by the Iowa Department of Economic Development. Loren was able to help foster the development of Iowa’s insurance business by traveling throughout Europe.

Loren has also served on the Drake advisory board for the College of Business and Public Administration, where an emphasis was put on improvements for Drake’s insurance programs. One of his many accomplishments is having worked directly with the chairmen of General Accident and Commercial Union companies as part of the team to form the new $4.0 billion CGU.