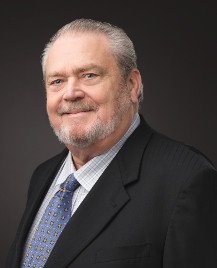 Larry Reelitz is a Des Moines native and graduate of Dowling Catholic High School. He has been setting sales records for Principal Financial Group for more than 35 years. He is a Vietnam War veteran who furthered his education after service to his country, graduating from the University of South Carolina in 1983.

He began in the life insurance industry in 1971 and joined The Principal (then Bankers Life) as a manager in Columbia, South Carolina in 1979. By 1981 and again the next year, he was the company’s leading sales manager. In 1984 he was named agency manager for the Peoria IL, office. Within six years he had increased the first year commissions in that office by more than eight times the 1984 level.

His success led him to be named assistant manager in Des Moines in 1990 and general manager of the Des Moines Agency in 1994.

During his successful career in management with The Principal, Larry has qualified 17 times for its prestigious Management Achievement Round Table for the highest performing agency managers in the company.

His success has spread beyond just his own agency responsibilities. His efforts to inspire the entire Principal agency force caused a 27% increase in Principal’s Million Dollar Round Table membership in 2005 over 2004, when he championed the cause. He has also led and inspired his agency to win the Principal Agency of the Year Grand Trophy four times. He is a member of LIMRA’s Research Agencies Group, GAMA’s Executive Cabinet and its Executive Management Hall of Fame and NAIFA.

Perhaps his greatest gift is in developing and mentoring agents with whom he works. Several of his agents have gone on to become award winning managers in other Principal agencies as a result of his inspiration and guidance. Many of his agents have been recognized for achieving top agent status during their tenure under his tutelage.

Service to his community is also important to Larry. He has been a long time supporter of Dowling Catholic, serving as an alumnus, parent and volunteer for more than 30 years. He was a key leader in Dowling’s successful $14 million capital campaign, and was named a Dowling Distinguished Alumni in 2004 for his contributions to the school and the greater Des Moines community. His work allowed Dowling to create a program to assist at-risk inner city students and create an endowment to enhance faculty compensation to attract and retain quality faculty.