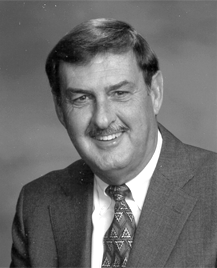 Larry Vander Tuig started his career in the insurance industry with the Equitable of Iowa as a life insurance agent in 1964. In 1970, he joined the Iowa Insurance Department in the licensing division. In 1972, he assumed the position of associate secretary manager with the Independent Insurance Agents of Iowa and in 1975, he was promoted to executive director of the association, a position he held until his retirement in 2002. Under his leadership the independent agency system continued to grow and prosper. In spite of numerous agency mergers and acquisitions, the Iowa membership remained constant with 750 agencies, 3,300 licensed agents, and 10,000 employees, making it one of the largest agent associations in the country.

In 1999, he was instrumental in a very successful merger with the Professional Insurance Agents of Iowa. A strong advocate of continuing insurance education, he developed and maintained viable educational programs for association members. In 1982, he served as president of the Independent Insurance Agents Association Executives, and the Iowa Society of Association Executives. At the national level, he served on many taskforces and committees for the Independent Insurance Agents and Brokers of America, including the Professional Liability Committee, the Dues Review Committee and the Communications Taskforce Committee.