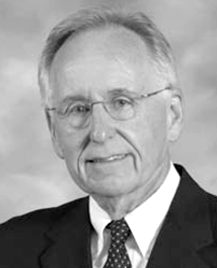 Kirk Hayes is a native Iowan. He attended Drake University where he was elected to Phi Beta Kappa, graduating with a BA degree in 1958. Additional study lead to a second degree in 1960 at Sophia University, Japan.

In 1967 he received his CPCU designation and subsequently completed the Associate in Risk Management Program.

In 2003, he received the Iowa Pharmacy Association Appreciation Award to recognize his support of organized pharmacy in the state of Iowa.