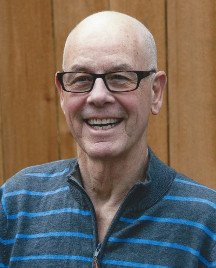 By any measure, it is a great accomplishment to build a successful organization during a working lifetime, but native Iowan Jon P. Newsome has accomplished it three times.

Jon’s visionary leadership in the annuity marketplace became evident at the Statesman Group. He quickly rose and in 1980 was named president of their subsidiary, American Life & Casualty. Jon led the organization into the annuity business with TSA-403b products, and later, non-qualified annuities sold by savings & loans. In eight years under Jon’s direction, premium income grew from $10 to $400 million. But, that was only the first of three insurance businesses Jon would build in Iowa.

The second began in 1988 when he joined the newly created USG Annuity & Life Company, an Equitable of Iowa subsidiary, as president and CEO and its first employee. In the first year, the company wrote over $800 million in annuity premiums, increasing to $2 billion by year six. Equitable Life of Iowa was sold to ING, and later became Voya Financial, which has major operations in Des Moines. Several hundred trained insurance professionals made their careers in Des Moines and the city’s stature gained national notoriety for insurance industry talent.

Jon added one last hurrah when, in 1999, he joined the Sammons Financial Group (SFG) as president of a newly formed annuity division. There he created an innovative agent direct distribution system, attracting successful personal producers. SFG relocated its two life insurance companies to Iowa: Midland National Life Insurance and North American Company for Life & Health Insurance, and moved its executive offices to West Des Moines. Today, the company employs 450 in its West Des Moines offices. Assets among the two life insurance units exceed $45 billion and together they consistently rank within the top five for index annuity sales in the U.S.

Jon has left an indelible mark on the Iowa insurance industry. He laid the foundation for many profitable Iowa-based companies, mentored many future insurance leaders and created an immeasurable impact on the local economy by adding hundreds of jobs. Today, directly or indirectly related to Jon’s efforts, annuities are a major part of the Iowa insurance landscape.

Jon’s insurance career took a brief pause when in 1966 he served our country in the Navy for more than three years. He and his wife Susan both graduated from Roosevelt High School in Des Moines, and are proud graduates of the University of Iowa. But nothing makes them prouder than their two sons and their grandchildren.