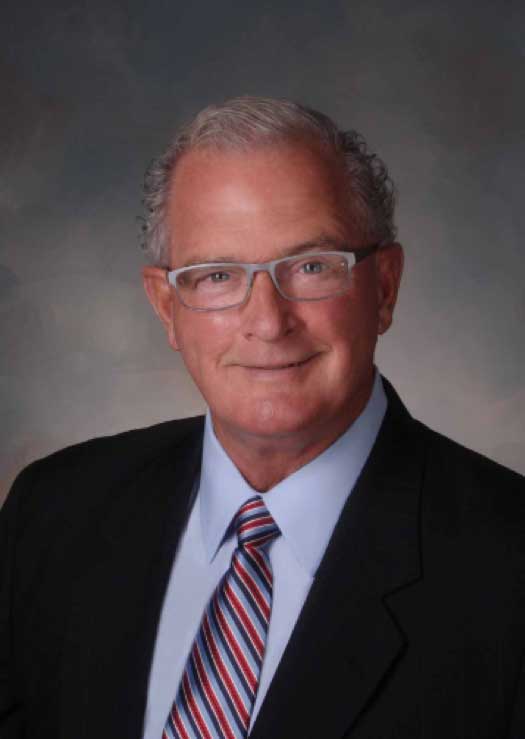 John A. Paul began his insurance career in 1986 as a claims adjustor, inspector, underwriter, president and treasurer (yes, all the above) with Western Iowa Mutual in Council Bluffs, IA. He helped three county mutuals merge into Western Iowa Mutual and directed the charter change for the mutual from a county to a statewide mutual. He was elected to the mutual’s board of directors in 2013.

John’s training on how to insure Iowa famers came from both being a farmer with a calf/cow operation along with row crops and receiving a double major in business/economics and livestock marketing from Morningside College in Sioux City, Iowa. He holds a Professional Farm Mutual Manager designation and a Farm Mutual Director Certification.

John’s involvement in the Mutual Insurance Association of Iowa (MIAI) and the National Association of Mutual Insurance Companies (NAMIC) is extensive and demonstrates his commitment to this industry. At the national level, he serviced on the board of directors from 2000 – 2003, is the past chairman of the NAMIC Political Action Committee and has been on numerous other committees. John currently serves on the NAMIC Group Insurance Trust. He been both a moderator and presenter at the NAMIC annual CEO Roundtable event and at the Farm Conference meeting. He served as the National Convention chaplain for two years. National awards include Merit Award, 2000; Service Award, 2004; Professional Farm Mutual Manager of the Year, 2014; and Chairman’s Award, 2015.

At the state level, John has served MIAI as a director, president (2000), legislative committee member, annual participant in both the Congressional Contact Program’s trip to Washington, D.C. and the industry’s Insurance Day on the Hill, and was the state convention chaplain four times. He is also past president of the Southwest Iowa Mutual Managers Association (a sub-area of MIAI) and organizes their annual legislative meeting. He received the P.R.I.M.E award for outstanding service in 2010.


John and his wife Cathy have been married for over 45 years and they have three adult children and five grandchildren.

Moreover, John can always be counted as one of the first to arrive at a meeting and asking what he can do to help.