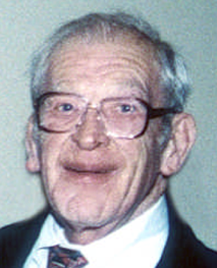 Scott McIntyre, Jr., has been fascinated with the world of insurance and finance from an early age. When he was in second grade, his teacher asked him to identify the most important invention in the world. He responded, “Compound interest.” His master’s degree thesis became a prototype for automated direct bill insurance and was replicated by several major insurance companies.

Mr. McIntyre’s insurance career began in 1955 with the United Fire Group, a company started by his father in 1937. He worked as an underwriter and branch manager while earning the CPCU and CLU designations. Mr. McIntyre has generously backed the CPCU organization, and in 1999 received national recognition for his long-time support of CPCU.

He became president and CEO of United Fire Group in 1975, and currently holds the position of chairman of the board. He led the company in a path of unprecedented growth, diversifying into personal and commercial lines, bonds, reinsurance and life products. In 1983, Mr. McIntyre started United Life with $300,000 in capital. Today, annual company premiums exceed $200 million.

The United Fire Group has always placed a high priority on education. Long-time employees say they simply followed the example of the people at the top who held numerous insurance designations. Commitment to education extends beyond the company doors and into the community with major gifts to local colleges and non-traditional programs that serve high-risk adult students.

Mr. McIntyre has served as a representative in the Iowa State House of Representatives, as president of the Iowa Insurance Institute, and as a member of Lloyds of London.