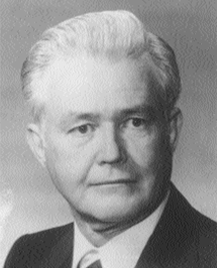 Herb Anderson invested his entire professional career in the insurance industry – as an agent who managed several independent agencies, as deputy insurance commissioner, and ultimately as insurance commissioner for the state of Iowa. Considered a man of impeccable integrity and action, he is perhaps best remembered for his landmark legislative work to end and prevent unfair discrimination in insurance, most notably among blind Iowans. Portions of the Iowa Insurance Trade Practices Act stand as testimony to his diligent pursuit for fairness and equity. Mr. Anderson earned the respect of his clients and colleagues by consistently demonstrating the highest ethical and moral standards of conduct. He felt a special responsibility to assist young people who aspired to launch their careers in the insurance industry, and served as mentor and role model for dozens, if not hundreds, of individuals.

Mr. Anderson was a modest man whose greatest pleasure was derived from his family and their artistic achievements, his many friends, bicycling, gardening and sailing.