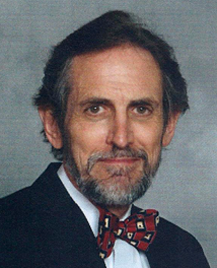 Nearly 44 years ago when Graham Cook was a student at Drake University, he got a job working part-time in the Homesteaders Life Company print shop. After graduation, he saw a great career opportunity and used his creativity and energy to continue to increase his responsibilities resulting in his election to president in 1995 and chairman of the board in 1999.

Since he took the helm, Homesteaders has more than quadrupled its assets along with creating and sustaining jobs for Iowans and representatives across the country. In 2009 Homesteaders became the market-leading pre-­need funeral insurance company in America.

Mr. Cook is a fellow in the Life Management Institute and has served as president of the National Alliance of Life Companies and president of the Federation of Iowa Insurers. He currently serves on the board of Directors for the American Council of Life Insurers Forum 500.

He is highly respected in the funeral industry because of his dedication to advance funeral planning, the advancement of the funeral profession, the protection and security of funeral consumers, and ardent support of allied suppliers and funeral service philanthropies. As chairman of the Funeral Service Foundation he presided over a national campaign to establish a $5 million endowment to support career and professional development in funeral service.

Mr. Cook is committed to the arts and cultural diversity, giving of his time and financial resources. He also serves as a member of the board for Hospice of Central Iowa Foundation.

To commemorate the fifth anniversary of the terrorist attacks on America, Mr. Cook approved the plan for Homesteaders to host the Healing Field of Central Iowa, a ten-day event that gained national media attention, attracted more than 15,000 visitors and raised $100,000 for charity.

Recently, Mr. Cook was involved with the establishment of the sculpture, Shattering Silence, honoring “human rights, freedom, justice and accomplishments that have furthered humankind.” He worked with the artist, peer executives, state government officials and community leaders to help this important symbol become reality. You may see it at the Iowa Judicial Branch Building across from the State Capitol.