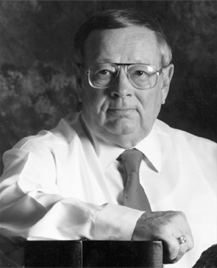 Raised on a cattle farm in West Des Moines, Iowa, David J. Noble refers to himself as a “born capitalist.” While attending Drake University, he realized he had an insatiable itch for working in the real world, so he traded the classroom for a job at Farmers Life Insurance Co. in the finance and actuarial department. Insurance turned out to be his avocation and within a few years, he left Farmers Life to join Jack Schroeder in the formation of General United Life.

In 1974, Noble joined Vulcan Life Insurance Company, a subsidiary of The Statesman Group located in Birmingham, Alabama. He later returned to Des Moines and ascended the management ranks of the Statesman Group. Promoted to CEO in 1978, Noble led their expansion into a full-service financial services company with 21 operating subsidiaries in life insurance, securities, banking, property casualty insurance and annuities. In September 1994, he negotiated the sale of Statesman to Conseco Capital Partners. He stayed on with Conseco until late 1995. Dave officially retired for three days while deciding to start a new company, American Equity Investment Life Holding Company.

After completing arrangements to capitalize American Equity with his own funds and a bank loan, he opened the doors with three employees and a license to conduct business only in Iowa. Today, American Equity has $9 billion in total assets, is licensed in 47 states and the District of Columbia, has 216 employees and a distribution network of 43,000 independent agents and brokers.

On December 9, 2003, American Equity completed its initial public offering and listed its stock on the New York Stock Exchange under the symbol AEL. The offering raised $193 million.

Never forgetting his roots or the importance of community, Dave provides valuable assistance through his private foundation to several civic and charitable organizations, such as the Blue Ribbon Foundation, Variety Club, the Des Moines Opera, area churches and the Iowa Great Lakes Quality of Life Foundation.