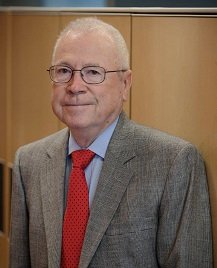 Dan Molyneaux was licensed to sell insurance at his parents’ agency in 1951 before he graduated from Iowa State and has been on the payroll there ever since. He claims his two years in the Army in Virginia were officially spent as an instructor but his real job was to play golf with visiting dignitaries.

Dan’s philosophy has been to talk with clients — not about insurance — but about their business and how a comprehensive risk and insurance management program can be a cornerstone to their success. Dan lived enterprise risk management before the term was popular. As a testament to his professionalism and expertise, the agency had five commercial clients when Dan joined in the 1950s. Only two of those are still in business, but they are both still clients of the agency today.

He has always been an early adapter of innovative technology to make Molyneaux Insurance more efficient and effective. His appreciation for innovation has led to opportunities for consulting services for other clients and organizations. He acted as the risk management consulting department for Arthur Anderson, and traveled throughout the country for several years providing a variety of consulting services. He and his son were central to the Iowa Bar Association’s evaluation of the options for its professional E&O program on two occasions. Dan also has independently consulted on many complex claim scenarios.

In 1995, Dan sold the agency to a group of four key employees, including two of his children. He still delights in telling clients and friends that his children are now his boss. Despite the length of his career, he has never lost the enthusiasm for the insurance business. That enthusiasm has led to the growth of the agency from a handful of employees in the ‘50s to over 40 today. At age 83, he is still active and comes to the office every day when he is not traveling. He claims never to have worked a day in his life, since the insurance business has been a joyful adventure.

He has been a lifelong member of St. Paul the Apostle Catholic Church in Davenport and a former board member of St. Paul’s School, Assumption High School, Marycrest College, the Quad City Open golf tourney now known as the John Deere Classic, and a grant-awarding commission of the Iowa Supreme Court. Dan has quietly, consistently and generously supported dozens of charitable causes over the years, mostly focused on helping children and families, education and the church.

Dan has been blessed with Katie, his wife of almost 60 years (now deceased), six children, 15 grandchildren and eight great-grandchildren.