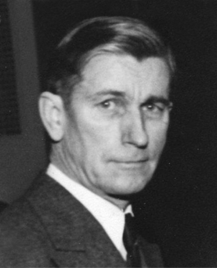 Charles R Fischer, or “Charlie” as he was known, was born in 1880 to a large pioneer family on a farm on the western slopes of Monona County. He grew to manhood along with nine siblings, attending a one room school and helping with all the chores on an expanding early day farm. This was a typical upbringing for a youngster in the 1880s. What was not typical was that instead of leaving school after eighth grade or sooner, he continued on through high school and finished two years at the University of Nebraska in Lincoln. All the while he worked “in town” at the local drug stores learning to be a pharmacist. Upon completing his certificate in pharmacy from then Des Moines University in Highland Park, he passed the state boards and went into business with an old friend, purchasing a drug store in Onawa, the county seat of Monona County.

Fischer was financially prudent and savvy. So much so that he soon took over active management of a dozen badly distressed rural banks, saving them from closing and increasing the bottom line.

Gaining attention within state government for his keen abilities, Fischer was asked to repeat his performance in Western Iowa throughout the state. Iowa went from several million in the red to a comfortable surplus within 24 months. Recognized in Iowa as an excellent executive, the governor then asked Fischer to do the same within the securities department. Success soon followed.

He tried his hand at insurance and successfully started the Iowa Home Owners Mutual Insurance Association later purchased by the Olmsted group. Politics were in his blood and he successfully managed the 1939 campaign for Governor George Wilson who appointed him insurance commissioner, a post he held until 1947. After a two-year stint as the executive secretary of a newly formed State Government Reorganization Commission (known as the “Little Hoover Commission”), Fischer returned to the insurance commission position and served until his death in 1955.