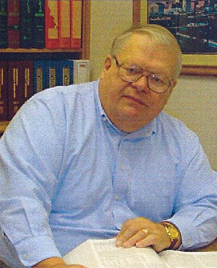 Bob Jester began his insurance career in 1964 at Jester & Sons Real Estate and Insurance, the family business founded by his great-grandfather, Joshua in 1897.

In the early 1970s, he learned of an idea being presented by the Insurance Company of North America (INA) that involved taking a group of identical organizations and putting them in a safety group. He thought the idea might work well in Iowa so he contacted EMC Companies about providing insurance to governmental entities in the state of Iowa using this approach. He began in 1974 with the Iowa Association of School Boards which sponsored a safety group program for schools and now includes almost all public school entities in Iowa. He continued this concept in 1982 with The Iowa Association of Municipal Utilities and has since added programs for churches, museums and historical societies and local Iowa telephone companies.

The plans provided comprehensive coverage at a competitive price and allowed any agent chosen by the entity to be the local agent for their school or city/utility. These programs also introduced the concept of an all lines dividend plan that allows excess premiums to be returned to the safety groups. The final piece that Mr. Jester felt strongly about is an emphasis on safety. He believed that with an emphasis on loss control, these various entities would become safer workplaces for Iowans and everyone would benefit by keeping costs down.

Mr. Jester gives much of his time serving as an instructor to organizations in Iowa like the Municipal Clerks School, Iowa Association of School Boards, other education groups and city/utility entities. He develops educational programs for insurance agents and school personnel each spring and organizes a city educational program for agents and municipal employees each winter as well as a series of meetings for schools.

Mr. Jester and his family strongly believe that land needs to be protected for future generations. To that end, he has purchased several parcels of land in Iowa and Washington and donates it in such a way that it will remain undeveloped land. He has served on many boards of not-for-profit organizations such as the Terrace Hill Society, Iowa Natural Heritage Foundation and Iowa Public Television.

Mr. Jester is married to Patti and enjoys traveling and sailing in North America.