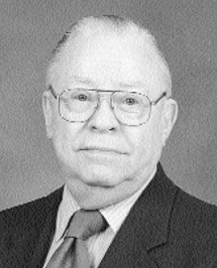 An outstanding contributor to the insurance industry, attorney William E. Timmons was a member of the board of directors of Continental Western Insurance Company and Continental Western Casualty Company from the mid-1960s to the mid-1970s. He served as a highly regarded and fair-handed insurance commissioner for the state of Iowa and is credited with providing the impetus for much of the early success of the Iowa insurance industry. Through his involvement with the National Association of Insurance Commissioners, Timmons also served in a variety of influential positions on the national level and is well-known throughout the United States for the important contributions he made to the insurance industry during his career.

For 25 years, Timmons served as general counsel for the Iowa Insurance Institute, providing insightful leadership and crucial support to foster the growth of the industry during his tenure.