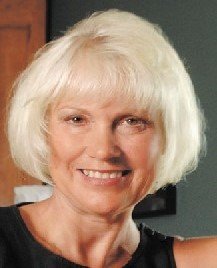 Wendy began her career as a law clerk for the Whitfield and Eddy law firm, joining as an associate in 1985 and eventually becoming one of the firm’s first female partners. In 1999 she joined American Equity Investment Life Holding Company as its chief financial officer and general counsel and assisted in taking the company public in 2003. Wendy assumed the role of CEO and president of the company on January 1, 2009, and remained in that role until her death. She was also a member of the board of directors of AEL.

Wendy served as president of the Iowa Federation of Insurers, as a trustee on the board of trustees of Buena Vista University and as president of the Des Moines Opera Foundation board of trustees at the time of her death. She had also served on the boards of the YMCA of Greater Des Moines, Wilkie House, Eyerly Ball Community Mental Health Services, Civic Music Association, Visiting Nurses Services of Iowa, Ding Darling Foundation, and the Bright Foundation.

In addition to her work life, Wendy had a great love of music and sports, evident in her activities as an avid bicyclist, triathlete, accomplished pianist and opera aficionado. Wendy married Lou Waugaman on January 9, 2010.