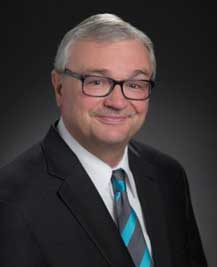 Austen has served on the board of directors of the United Way of Central Iowa, the American Red Cross of Greater Iowa, the National Association of Mutual Insurance Companies (NAMIC), and as an advisory board member of the Emmett J. Vaughan Institute of Risk Management and Insurance affiliated with the University of Iowa’s Tippie College of Business. He currently serves on the national advisory council for the School of Actuarial Science at Drake University, the Grand View University board of trustees, and is a board member for the Science Center of Iowa.

A graduate of the University of Nebraska, he received a B.S. degree in mathematics and economics, and holds the Chartered Property Casualty Underwriter designation. Kim and his wife Jean reside in Ankeny, Iowa, and enjoy spending time with their children and grandchildren.