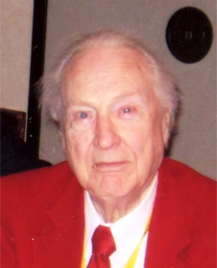 Vern’s background was accounting. Utilizing his knowledge of balance sheets and financial statements, he developed several models of estate planning profiles still utilized in the industry today. Throughout his career he continued to spearhead the agency involvement with estate planning and provided key guidance and training to company personnel.

Very few central Iowa insurance professionals holding the LUTCF designation escaped the instruction that Vern excitedly brought to the classroom in training younger agents specializing in business and estate planning. He was past president of NAIFA-Central Iowa and continued to serve tirelessly at the local level until his death in 2010 at age 83.

Sodawasser also served on the board of the Society of Financial Services Professionals (SFSP) for three years and was past president of the Des Moines Association. As he became an agency manager, he also devoted time to membership in the General Agency Managers Association (GAMA) serving as president of both his local and state associations.

This kind, caring man has gave much of his life helping hundreds of agents touch thousands of people over the course of their careers. It is through the efforts of people like Vern Sodawasser that our industry continues to survive and thrive.