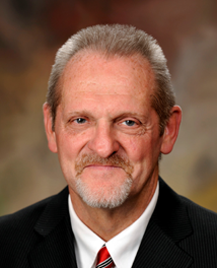 The insurance industry has often looked to specific employee groups to find and cultivate new sales talent. One such group is high school teachers and coaches. Tom began his professional career teaching and coaching young people. 1975 was the year, and Maynard High School the location. A graduate of Upper Iowa University, Petsche served as a social studies teacher and coach until joining the Paul Revere Companies in 1977.

Petsche’s resume reflects rapid acceleration in anything he chose to do. He qualified for the company’s hall of fame in just three years. In 1980 he was promoted to sales manager of the Cedar Rapids agency of the Paul Revere Companies, became general manager in 1983 and became president of Brokerage Solutions, Inc., in 1997.

His professional designations are many, Registered Health Underwriter (RHU) obtained in 1981, Career Life Underwriter (CLU) designation in 1992, and ChFC designation conferred in 1995. While obtaining these designations he worked diligently managing his business, fulfilling public speaking requests for multi-insurance topics and publishing several works of authority in his chosen discipline.

Thomas Petsche has held a passion to educate individuals about protecting what they have worked hard for. His vision of a successful career is in knowing that you have helped people prepare and protect themselves from an unexpected event.