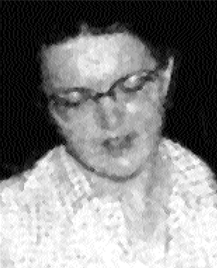 Mary worked 26 years as underwriter for National Fire Insurance Company of Hartford and 16 months for Holmes Murphy & Associates. Mary was president of the Insurance Women of Des Moines in 1941-42 and again in 1958-59. During her time with this association, she chaired several committees including education, bulletin, public relations, nominating, program, membership, and ways and means. She also served as chairman at the regional level for organization and nominating committees.

Mary received her CPCU designation in 1956, being the first woman member of the Iowa chapter and the first woman in the entire state of Iowa to attain the designation. Mary served as secretary-treasurer of the Iowa chapter from 1957 to 1966, with chapter records showing that she was present at all meetings during her ten years of membership. On the tenth anniversary of receiving her CPCU designation she was honored for her accomplishments and was presented with lifetime membership in the National CPCU Society. Mary began her career in the insurance industry at a time when women faced many barriers but was able to overcome those barriers, holding a leadership role in our community. Mary became a role model for many women who followed her footsteps into the insurance industry.