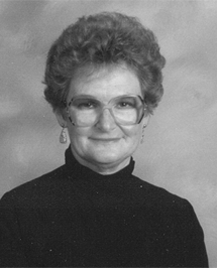 Margaret began her career in 1957 with the goal of becoming an underwriter, traditionally a male position requiring a college education. In 1966, she got her first job as an underwriter and reached her goal. In 1972, she joined EMC Insurance Companies. By 1980, she had been promoted to management. In 1992, she was promoted to vice president, managing 34 local employees and directing 200 underwriters around the country.

In addition to her employment as an underwriter, she has taught insurance classes for the Des Moines adult education system and for both Simpson College and Drake University.

Ms. Ball has served on numerous committees for the Alliance of American Insurers including chair of the property committee. She has been on the advisory committee for the Insurance Institute of America. She is past president of the Iowa chapter of Chartered Property and Casualty Underwriters Society, past chair of the underwriting committee of the Improved Risk Mutual Reinsurance Pool, and past chair of the advisory board of the School of Business and Public Administration Committee at Drake University. In addition, she has been profiled in “Who’s Who of American Women.”