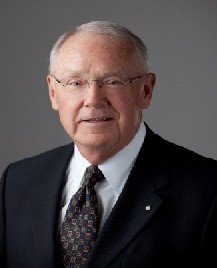 Loren has spent many years developing and defining the role of the traditional insurance agent to that of a true risk manager. His extensive background as a stockbroker, insurance underwriter, insurance agent and agency owner enabled him to communicate with his business owner clients about their risks including human resources, employee benefits, investment management, risk management and operational efficiencies.

Loren is one of the founding principals in the creation of TrueNorth. Several years ago, discussions arose with three area business owners. “Do we sustain our business or do we join and grow?” As president of Davis Jones and Lamb, Loren brought many years of experience in property and casualty as well as employee benefits. With the combination of the three companies, TrueNorth has grown into a $30 million company.

Loren is well-respected in the Cedar Rapids community, serving on many boards and sharing his time and support. He currently serves on the boards of Mount Mercy University, Greater Cedar Rapids Foundation, CRB&T, United Way and the Emmett J Vaughn Institute of Risk Management and Insurance at the University of Iowa.

Loren served on the board of directors of the Independent Insurance Agents of Iowa (IIAI) from 1983 through 1997. He served as president in 1995-1996. In 2000, he received the Independent Insurance Agents of Iowa – H.H. Red Nelson – Agent of the Year Award. He was inducted into the Cincinnati’s President Club in 2007, and received the Mount Mercy Trustee Award in 2010.