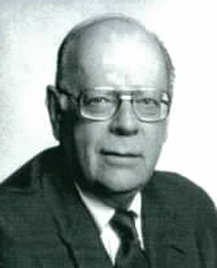 In 2003, Kent M. Forney was named to the elite Best Lawyers in America list by his professional peers. He was honored for his work on corporate mergers and acquisitions and securities law.

Kent earned his Juris Doctorate, with distinction, from the University of Iowa in 1956. He joined the law firm of Bradshaw, Fowler, Proctor, & Fairgrave, where he became regarded for his expertise in corporate insurance, insurance defense and insurance regulation.

When the Iowa Insurance Guaranty Association was formed in 1971, Kent was retained as general counsel, a position in which he continues to serve. He initiated statute revisions for insurance insolvencies, working to improve Iowa’s laws and resources for solvency regulation.

Kent has served as general counsel to the insurance commissioner. He was instrumental in drafting legislation that created the Mutual Holding Company Act, and he organized the first Iowa property and casualty mutual holding company.

Known for his thorough preparation and comprehensive knowledge of the law, Kent has assumed many leadership roles for various groups and provided guidance for young insurance professionals, including his time as an adjunct professor at Drake Law School.