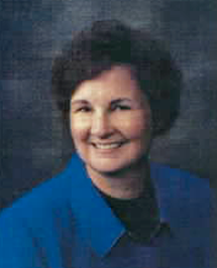 Judy Brannon began her insurance career in 1967 at a Phoenix, Arizona, insurance agency. In 1968, she embarked on what would be a 36-year career with Preferred Risk, now GuideOne. Hired as a sales secretary, Judy relocated to West Des Moines, Iowa, in 1973 to work in the commercial underwriting area. She led that area until 1984, when she became the director of personal lines. In 1992, Judy became the first woman named an officer at GuideOne. For the next 12 years, Ms. Brannon served as a vice president of several areas including personal lines, underwriting, administration, work processes and procedures, agency automation and IT support office. At the time of her retirement, Judy was a vice president in the corporate legal department.

Judy received her CPCU designation in 1977 and served as both president and director of the Iowa Chapter of CPCU, and as a national governor of the CPCU Society. She continues to serve by assisting other chapters as a regional governor.

Judy has served as an outstanding mentor to her peers in the industry. Her passion for learning extended to the thousands of people she led and mentored, many of whom completed degrees and industry designations because of her encouragement.