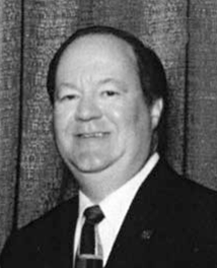 Jesse’s insurance career began in 1981 as an agent with Mutual of Omaha, where he earned the Career Managers Club Award honoring him as one of the top sales managers. In 1988 he founded AMGI, Associations Marketing Group, Inc. Located in Des Moines, his agency specializes in group and individual health insurance.

Jesse is currently serving his seventh term on the Iowa Small Group Reform Committee as secretary and just assisted a congressional study on the effects of healthcare reform. In January 2005 he appeared with President Bush at the National Institute of Health in Bethesda, Maryland.

In 2002 Jesse was awarded a Congressional Gold Medal for his service as chairman of Congressional Business Advisory Council on Healthcare. In addition he has received numerous awards from NAHU for distinguished service and legislative leadership, as well as the Golden Eagle for outstanding health production and the Gene Hilton Award for outstanding service as a life underwriter.

Jesse volunteers with Junior Achievement teaching community and business to 2nd through 5th graders. He received a kidney transplant in 1996 and is a speaker for the Iowa Donor Network.