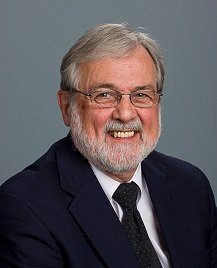 The Iowa insurance industry lost a true hero with Jim Mumford’s untimely death last year. He was born in 1936 in Atkins, Iowa, and served a long and successful career on behalf of both Iowa insurance companies and as a respected regulator.

Mr. Mumford graduated from Iowa State University with a degree in agriculture economics and graduated from Harvard University Law School. He began in the insurance industry in 1965, starting as an attorney in private practice. In 1970 he became counsel with Equitable Life Insurance Company of Iowa. In 1976 he started a law firm specializing in insurance related matters. He worked extensively in insurance related matters including variable annuity and indexed annuity products, pension and tax matters, and financial and corporate governance matters. In 1997, he joined ING Americas as chief counsel, corporate affairs and also later undertook the duties of chief counsel, special projects. During that time he was general counsel of several ING insurance subsidiaries and furnished oversight on ING state government relations activities. In 2003, he retired from ING and became counsel with the Nyemaster Law Firm in Des Moines, Iowa.

In 2005 he retired from the industry side and agreed to become first deputy commissioner of the Iowa Insurance Division, and for six of those years also served as Iowa’s securities administrator.

Mr. Mumford was active in the National Association of Life and Health Insurance Guaranty Associations for many years. As such he was instrumental in limiting losses to both policy holders and companies as a result of company insolvencies, a very complex field. He served many years as a board member and a year as board chair, as well as service on the executive committee and legal committee and he co-chaired its Guaranty Association Modernization Taskforce.

During his career, Mr. Mumford was active with the National Association of Insurance Commissioners (NAIC) on behalf of his clients. He was also active representing member companies in the American Council of Life Insurers (ACLI).

As both an industry leader and a regulator, Jim brought his unique combination of keen intellect, inquisitive mind, common sense and uncommonly good humor and patience under pressure that made him the go-to guy on many projects inside insurance companies, at the state level and on numerous national issues.