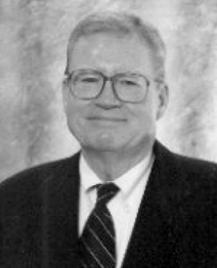 James B. West received his Bachelor of Arts degree in economics from Drake University in 1958. In 1960, he received the Juris Doctor degree with general honors from Drake University School of Law and was named to the Order of the Coif. Jim was a naval aviator from 1952-1956. He retired from the U.S. Naval Reserve in 1988 as captain, judge advocate general corps.

In 1959, Jim was hired by the Nyemaster Law Firm as a law clerk. After his graduation from law school, he joined the firm’s government affairs practice, representing insurance interests, trade associations, and professional societies before the Iowa General Assembly and various state regulatory agencies.