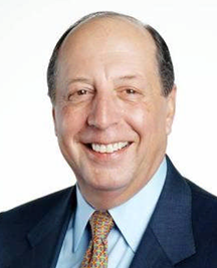 Mr. Shepard is the retired chairman of the executive board and CEO of AEGON N.V. He grew up in Cedar Rapids and began his insurance career with Life Investors, Inc., in 1970. He served in various management and executive functions before becoming executive vice president and chief operating officer in 1985. He held that position until AEGON consolidated its other U.S. operations with Life Investors to form AEGON USA in 1989. He served in the position of chief executive officer of AEGON USA until 1992 when he became a member of the executive board of AEGON N.V. In April 2002 he was appointed chairman of the executive board and chief executive officer and continued in that position until he retired at the company’s annual general meeting in April 2008.

During his time in the insurance business he mentored hundreds of insurance executives and was involved in a number of community activities.

He was instrumental in starting the AEGON Transamerica Foundation and through the years, the foundation has donated millions of dollars to education, the arts and human services organizations.

As Jeanne de Cervens, assistant general counsel & director of government relations said in her nomination letter, “He is never afraid to stand up for his beliefs and has led other corporate CEOs in support of legislative and regulatory reforms of tremendous benefit to the industry.”

Retirement didn’t slow Mr. Shepard down and on June 11, 2008, he was elected chairman of the U.S. Chamber after serving on the chamber’s board of directors since 1998. He also serves on the boards of directors of PNC Financial Services Group, Inc., and CSX Corporation. He is a trustee of Johns Hopkins Medicine and Johns Hopkins University.

He and his wife Rosie have two children and three grandchildren and reside in Houston, TX, but continue to maintain a home in Baltimore, MD.