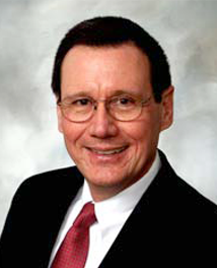 Dean is a past-president of the Des Moines Chartered Life Underwriters (CLU) chapter, the Iowa Chartered Property Casualty Underwriters (CPCU) chapter, and the Independent Insurance Agents of Iowa (IIAI). He was an active IIAI member for many years, served on their board of directors for ten years, and received the IIAI Agent of the Year award.

On the national level, Mr. Brooks served on a wide variety of committees for the Independent Insurance Agents & Brokers of America (IIABA), including as a seven-year member and two-term chair of their commercial lines committee, and as a five-year member and three-term chair of their technical conference committee. During this time, he was one of the most influential leaders in the country in the area of commercial forms development. In 1988, Dean was awarded an IIABA Presidential Citation for his leadership in the development of the new commercial general liability policy. In 1993, he received a second Presidential Citation for his industry leadership on technical issues. At the 1994 IIABA annual convention, he was honored as the first recipient of the inaugural Matthew A. Cantoni Technical and Risk Management Award, recognizing both industry achievement and community involvement.

Dean has been exemplary in his commitment to insurance education. He taught insurance classes for most of his career, including CPCU and Insurance Institute of America (IIA) courses, and insurance agents’ continuing education programs throughout the country. He has presented at innumerable local insurance meetings, state conventions, industry trade group meetings, and several IIABA national conventions. As an insurance educator, Mr. Brooks touched literally thousands of agents and company people over the years.

A colleague states, “Dean has accumulated credentials unlike any of his peers. He has earned a livelihood through insurance, but more importantly, he has unselfishly given back to his industry and his community. That is the true measure of a human being.” Another measure is that among his many awards, the honor Mr. Brooks holds most dear is the small plastic Coach of the Year statue signed and presented to him by the seven members of his son’s 1992 fifth-place World Odyssey of the Mind team.