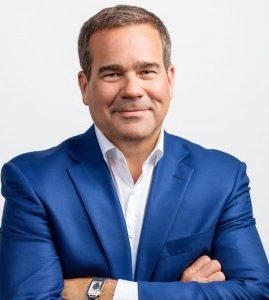 Dan Houston joined Principal in 1984 in Dallas. He has held several management positions: senior vice president, executive vice president, and president of Retirement and Income Solutions. He was named president and chief operating officer in 2014 before assuming his current role in 2015. In 2020, Houston served as chair of the American Council of Life Insurers, whose 280 member companies represent 95 percent of industry assets in the U.S., advocating on their behalf.

In October 2021, the Greater Des Moines Committee named Houston to the Iowa Business Hall of Fame in recognition of his significant contributions to the enhancement and development of the state’s economy.

Houston has appeared before the U.S. Senate Special Committee on Aging to discuss the importance of educating the workforce about financial needs in retirement. He joined the joint forum of U.S. Senate Committees on Finance and Health, Education, Labor and Pensions to discuss “Private-Sector Retirements Savings Plans: What Does the Future Hold?” and is the author of a chapter in “The Upside of Aging” (John Wiley & Sons, 2014) on keys to achieving financial security in retirement.