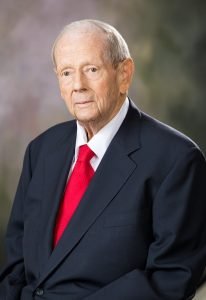 Noble founded the American Equity group of companies in 1995 and served as chairman, chief executive officer, president and treasurer until 2009 when he became executive chairman of the board. He retired from full-time employment in July 2016. He built the West Des Moines-based company from the ground up into one of the leading annuity issuers in the United States, with $45.2 billion in policyholder funds under management as of year-end 2016. Mr. Noble was inducted into the Iowa Insurance Hall of Fame in 2004. Click here to read his 2004 profile.